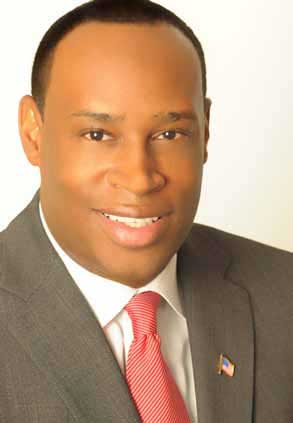 You’ve been very much involved with civic activities within your district for some time now. How would you describe the unique characteristics of your district that set it apart from the rest of the city?

Green: I think District K is very diverse, both socioeconomically and racially. You have everything from working class to middle class neighborhoods. The district encompasses neighborhoods that have been around 20, 30 or 40 years, and are very well established.

What are the unique challenges and opportunities you have witnessed?

Green: Challenges will definitely include the infrastructure. We have huge infrastructure issues with regard to drainage and streets––which are also opportunities. With the whole Rebuild Houston effort, I’m looking forward to clearing up some of the problems we have with road repair and flooding. Economic development is also a challenge. In some areas of the district, we have no grocery stores or quality shopping centers. We want to work to afford those opportunities to our residents by working with our management districts, the Greater Houston Partnership and other economic entities. We have very active churches in our area which have economic development arms. From the Hiram Clark area ,you have the Windsor Village effort that extends on down South Post Oak. In Brays Oaks, you have Bethel Chapel spurring development through the chamber of commerce within their church. There’s a lot going on, but we need to do more.

What is your vision for the district and goals that you hope to achieve during your term on city council?

Green: One of the things I want to do is make sure our communities understand the process of getting things done, with regard to code violations as well as making sure that, in dealing with City Hall, they know what’s available to them. And so, an educational process needs to happen, which we will undertake with all our residents. And secondly, I think we will be able to do something about these streets where we’re having problems. With regard to infrastructure issues, Rebuild Houston offers opportunities that come with dollars to repair some of those problems.

Are there some longer-term goals you envision––perhaps 10 or 20 years down the road?

Green: There are certain parts of the area that don’t have community centers or police stations. When you look at the CIP (capital improvement plan), they’re not on there for the next five years. We want to make sure to the case for the areas that need it and try to get them into the CIP. At least they’ll be on track to get those much needed resources, even after I’m gone from city council. District K is a new brand, but a district of established, working class neighborhoods. We’re just pleased that now we have a voice at City Hall and that the city will hear our voice.