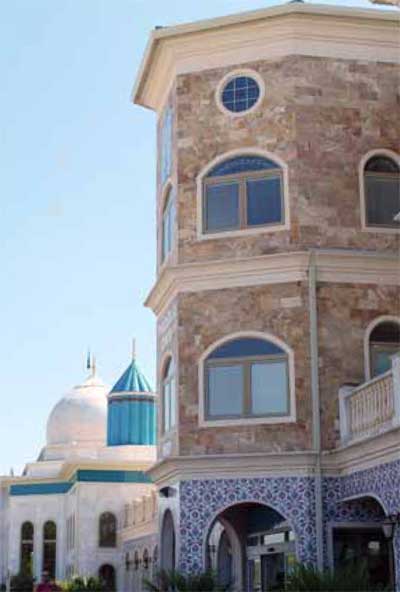 On the far west side of Brays Oaks Management District, a couple of interesting-looking buildings house an equally interesting community of several cultures.

On Saturday, March 24, the Turquoise Council of Americans and Eurasians celebrated the Nowruz Spring Festival for people whose origins include Eastern and Central Asian, Siberia, Crimea, Anatolia, the Caucasus and the Balkans.

Traditionally, this spring festival that dates back 3,000 years corresponds to the Vernal Equinox and literally means “a new day,” said Kemal Oksuz, president of the council for the region that includes Texas, New Mexico, Kansas, Louisiana, Mississippi, Oklahoma, Arkansas, and the City of Memphis.

Last year, in its inaugural Nowruz celebration, the center in the 9300 block of West Bellfort attracted more than 1,500 people––significantly more than the couple of hundred that were expected, Oksuz admitted. For the 2012 event, expectations were raised and preparations made to host as many as 3,000 to 5,000.

There was no horse racing scheduled at the Turquoise Cultural Center, but competition still plays a role, Oksuz said. The final game of the Nowruz Soccer Tournament was set to determine the championship, to be followed by an award ceremony. Other scheduled activities included shows and performances, craft shows, multi-cultural cuisines, and games for the children.