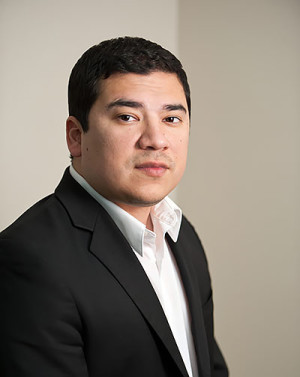 The Brays Oaks Management District (BOMD) is very familiar with new Executive Director Richard Rodriquez. Rodriquez served as the District’s Director of Services for more than five years and said he felt the step up into the role of Executive Director was a natural transition.

Since he donned the new title on Jan. 1, 2016, a lot of what he had already been doing for the District has not changed, but only amped up, Rodriguez said.

“It involves a lot more working with the City of Houston administration and other government agencies and organizations to ensure we’re advocating for our district,” he added.

“I think we’ve hit a moment where the engine is well greased and moving forward in an expeditious manner,” Rodriguez said. “The next logical step is to bring focus on improving the visibility of this district.”

That goal will be accomplished with additional signage, wayfinding, branding the area with cultural arts activities, and implementing some projects that the District has been planning for a number of years, he added.
“This is a year of doing, rather than planning,” Rodriguez said.

One of the biggest factors in implementing the District’s plans is funding, he acknowledged.

“We are moving forward cautiously to ensure that we’re leveraging our dollars effectively and to get the most bang for our buck,” he said. Partnerships play an important part in that strategy.

In the first quarter of 2016, the District has already solidified its partnership with the Houston Parks Board and city parks department to implement some trail installations, he said. Other projects underway include the development of a master plan for the Westbury Community Garden (WCG), pedestrian access to the Willow Waterhole Park, and funding for some enhanced lighting for the Fondren Reconstruction Project, Rodriguez said.

When access drives to the garden had been deteriorated by recent storms and flooding, the District was quick to answer WCG’s call for aid by funding new crushed concrete driveways. Rodriguez said the District has also called upon the engineering firm, Asakura Robinson, to help create a new master plan for the garden. The master plan is funded in part by WCG, BOMD, and District K Councilman Larry Green’s district service fund.

In addition to branding and infrastructure concerns, the District is involved in several initiatives that support education and students within the community, such as after school programs and transportation services, field trips, and two $1,500 scholarships for graduating seniors at Westbury High School. 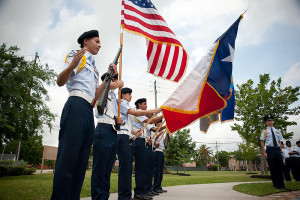 “One of the things that’s unique about the Brays Oak Management District is that part of our service and assessment plan includes education as a category,” Rodriguez said. “To my knowledge, we’re the only district in the city that focuses on that category.”

BOMD is now providing after-school bus service for every public school within its boundaries.

In April, the District secured tickets and provided transportation to the Museum of Natural Science for 60 economically challenged students who had never had a museum experience before. Another trip in February involved exposing 80 students to the magic of the Texas Renaissance Festival.

Other activities and events that the District helps sponsor include the 4th annual Music in the Park celebration at Willow Waterhole in April. This event featured 16 professional bands, eight school bands, plus craft vendors and food trucks.

“All of these activities in the park are to prime the community for the eventual realization of the Levitt Pavilion,” Rodriguez said. The Friends of Levitt Pavilion Houston are finalizing their interlocal agreements between the county, the city, the Parks Department, and the Levitt Foundation in Los Angeles, he added. Once these agreements are finalized and approved by City Council, the capital fundraising campaign to build the Pavilion will commence.

When completed, the Levitt Pavilion is expected to offer 50 free music concerts a year as well as providing a state-of-the-art complex for the use of schools and community groups, Rodriguez added.

Additionally, in conjunction with the proposed Fondren Reconstruction Project, the Management District is committed to serving as an advocate to ensure that local residents and business owners have their voices heard with regard to concerns and suggestions regarding lighting, medians, and driveways, he said.

“There’s a lot of new construction in the District, a lot of new development. New investments are coming in,” Rodriguez said. “Things are trending well.”