Senator Borris Miles joined the Protect Our Progress Coalition press conference against the actions taken by five trustees who abruptly replaced HISD Interim Superintendent Grenita Lathan. You can see the press conference below. 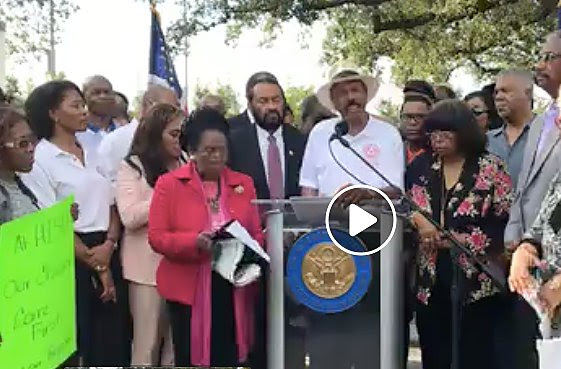 Senator Miles believes the recent actions of HISD board do nothing to help our students and only lessens the stability of the district. He shares the views of his colleague, Rep. Garnet Coleman regarding the issues surrounding HISD leadership and encourages everyone to read Rep. Coleman’s message below.

Representative Coleman on HISD Board and Interim Superintendent Saavedra

Today, the Protect Our Progress Coalition held a press conference at Emancipation Park regarding the surprising move by five members of the Houston Independent School District school board on Thursday.

Representative Coleman on HISD Board and Interim Superintendent Saavedra

“We need to put students first. That is why I have been working since last August with different stakeholders to ensure that Houston Independent School District was setup for student success. The departure of Superintendent Richard Carranza in the wake of Hurricane Harvey caused a major disruption. But thanks to the hard work of students, parents, interim Superintendent Lathan, teachers and administrators, students were able to succeed. That is why this summer I engaged with board members to help continue the student success HISD was producing.

On July 21st, I sent a letter to all HISD board members encouraging them to make Dr. Lathan the permanent superintendent in order to minimize disruption to the student growth under the District’s Achieve 180 initiative. Additionally, I met with Trustee Skillern-Jones and proposed to her a compromise position of offering Dr. Lathan the permanent superintendent position on a one-year performance based contract to minimize any further disruption to student growth and to have the district be in a good place heading into the legislative session.

However, five board members decided to do what I warned against doing in my July letter and opened the door for HISD to be destabilized by bringing in a new interim superintendent. Furthermore, the way and reason for doing so did not consider our students’ success, and the rationale given does not hold water. Additionally, I am concerned about interim Superintendent Abelardo Saavedra’s comment in the Houston Chronicle that, “state oversight sometimes can be a blessing for a district,” especially since he is coming from a medium-sized school district back into one of the largest in the country.

That comment is particularly concerning because when I met and spoke with TEA Commissioner Mike Morath and the Governor’s office in May and June it was clear to me that they were looking for any reason, particularly school governance to take over HISD or close schools. Dr. Lathan being retained gave Commissioner Morath no reason to take action. However, now Interim Superintendent Saavedra’s comments and the surprise move made by the five board members has put takeover due to governance on a silver platter for Commissioner Morath. Which can happen before the Legislature has time to reevaluate our school accountability system.

Despite what happened this week, I will continue to work with board members, HISD and my fellow Texas House members to ensure that student success is the number one priority.”