On Fondren: The Texas regional headquarters of a Jewish movement

Among Orthodox members of the Jewish religion is a branch called the Chabad Lubavitch movement, whose goal is to engage Jews of any affiliation and provide humanitarian and spiritual aid where needed. 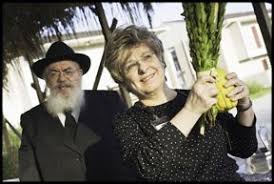 Chabad (roughly pronounced Ha-BOD) is an acronym from the Hebrew words for wisdom, understanding, and knowledge. Lubavitch is so named for the town in Russia where the movement began. More and more it is simply called Chabad, and it is known for its many outposts throughout the world.

The Texas regional headquarters is in the Brays Oaks District. As Chabad emissaries, Rabbi Shimon Lazaroff and his wife Chiena Lazaroff arrived in southwest Houston in 1972 with the blessing of the late leader of their movement, Rabbi Menachem Schneerson of New York City.

By 1978, they had chosen the Fondren Southwest area as a focal point for the Houston Jewish community and opened the Chabad Lubavitch Center on 10900 Fondren, where it still stands. The building and a school were funded through grassroots campaigns, with no help from any other organization or even the movement at large.

The site also includes a synagogue and a mikveh, a Jewish ritual bathing house, as well as a library and education center, the school and a summer camp.

This first Houston center has sprung into 40 Chabad centers throughout Texas, 12 in the Houston area alone. Their communities welcome Jews of any denomination, providing religious education, holiday celebrations, and humanitarian aid. Their ultimate goal is to inspire a return to Torah, or the Jewish Bible, with adherence to its laws, such as the practice of eating only kosher food. Chabad aims to bring Jews closer to God in their daily living.

The synagogue inside the center has had a steadily growing membership from the original dozen or so founders, and the Torah Day School has grown to include an early childhood program, an elementary school with a dual Hebrew/Religion and Secular education, and a middle school program through the eighth grade. The school, accredited by a private school accreditation agency, now has 50 students in the early childhood program and 100 students from first through eighth grades. The school is led by Chiena Lazaroff, a lifelong educator.

The center’s humanitarian mission was obvious during crises such as the Memorial Day Flood of 2015 and Hurricane Harvey in 2017, when emissaries provided food, physical labor, and supplies to devastated families of any religion, or none, throughout the city.

Based at the Southwest hub, the outreach effort is most busy in the pandemic era trying to engage Jews while easing stress and avoiding health risks. Rabbi Traxler explained that in challenging times, they want to be there for people and assure service to the community.

“We do anything we can to help them and give them strength,” Rabbi Traxler explained. “Our goal is to lend a stabilizing anchor and balance in times where panic, anxiety, and stress rises.”

During normal times, Rabbi Traxler tries to bring attention to their work by sponsoring public events and study groups, Emissaries visit other Jewish schools during the Passover holiday to show how matzoh (unleavened bread) is made, by custom the only bread to be eaten eight-day spring holiday. During a winter holiday, Chanukah, the center leads many different menorah lighting events, bringing the joy of that holiday to the masses.

“Of course all of these activities have been curtailed this year,” Traxler said. “Interaction in person is of course our normal goal, but we are not doing that because the health and safety of people is of greatest importance, So we are finding more personal ways to reach out to people, sending gift baskets, and leading virtual programs and classes. We are figuring out how to reach people, and it is a lot of give and take and a challenging time for us as well as it is for everyone.”

“In challenging times like this, people question the presence of God and that’s where we come in,” Traxler continued. “Our ultimate goal is to connect people to God.”