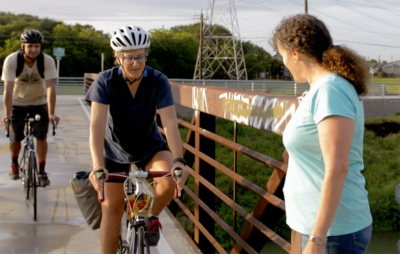 Winding through the heart of Houston, a network of bayous with more than 77 miles of accompanying trails has defined the city and given rise to the nickname “Bayou City.” But many people who have tried using the trails know the perils of having to dodge potholes and car traffic just to reach one of the paths.

Since 2015, the dedicated members of Neighborhoods to Trails Southwest (NTTSW) have sought to improve the situation. By proposing and advocating for trails that run north and south to link the east-west Brays and Keegans Bayou trails system, NTTSW imagines a safer, less automobile-dependent future for residents of southwest Houston.

Stephen Polnaszek, the group’s president and resident of Willow Meadows, is an engineer who spends his retirement in countless civic leadership positions (board member of Willow Meadows Civic Club, head of a neighborhood security program, election judge, and more). He and other civic-minded individuals form the core of NTTSW, a 501(c)(3) non-profit that Polnaszek notes is unique in Houston and possibly in most of the United States.

“We don’t build [trails] ourselves,” Polnaszek said. “But we try to locate funding and then direct funding to people who can build [trails] like the management districts, Harris County Commissioners Court Precinct One, or the Houston Parks Board.”

The area in which NTTSW largely overlaps with the Brays Oaks Management District, including “super neighborhoods” #31 (Greater Meyerland), #36 (Brays Oaks), #37 (Westbury) and #38 (Near Southwest). 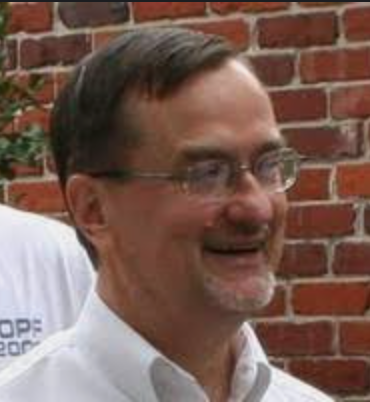 The group hasn’t stopped at its initial goal of connecting neighborhoods to the major bayou trails. Willow Waterhole Greenway, spawned from detention pond construction by the Harris County Flood Control District in the early 2000s, is another location NTTSW aims to connect to a series of trails.

Not only does NTTSW recognize the importance of trails for recreation and connecting with nature, the group also sees trails as a way for people to get to and from work.

“Recreational users don’t necessarily think about the people who are using [trails] to get to their bus more easily, or to go directly to work on a trail safely without having to wait to transfer from one bus to another bus,” NTTSW board member and Super Neighborhood Alliance president Cindy Chapman said. “That’s a challenge when you’ve got a big city like Houston where everybody’s not going in the same direction to get to work.”

In the view of Chapman, who also serves on the board of the Brays Oaks Management District, NTTSW also makes Houston safer, since the city’s car-centric culture, and often its sidewalks, aren’t designed for safe pedestrian and bicycle activity.

To help raise the money to build connector trails, NTTSW puts in labors of love and learning to write grant applications that meet the standards of organizations like the U.S. National Park Service. Having won grants from the Park Service and the local Jacob & Terese Hershey Foundation, NTTSW has set its sights on money from the Kinder Foundation, which poured $2 million into the Willow Waterhole Greenspace Conservancy in 2021 and offered another $2 million in matching funds.

According to Polnaszek, it costs about $1 million a mile to build a standard 10-foot wide concrete trail.

“I’m learning the ropes about how to apply for all these different kinds of grants,” Polnaszek said. “I wonder how many more years we’re going to have to be in business and how much success we’ll have to show before [the Kinder Foundation] will accept an application.”

Fortunately, trails are a priority to a number of groups in Houston. Pat Dorsey, a founding member and NTTSW’s director of media and communication, meshes the work of advocacy groups with overlapping agendas in southwest Houston. 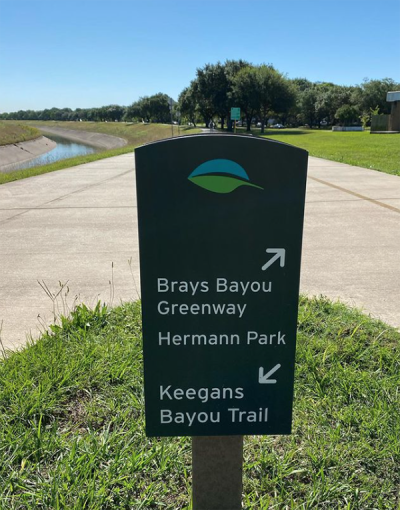 “We’re attempting to pull together so that we can be seen as a unified whole as opposed to separate silos each trying to get one thing for our community,” Dorsey said.

Covering a much larger region, the Houston-Galveston Area Council (H-GAC), through its Livable Centers Program, facilitates the creation of walkable, mixed-use neighborhoods that provide transportation options that are espoused by NTTSW. The Brays Oaks Livable Centers Plan, initiated in June 2021, is close to completion.

Despite the obstacles that NTTSW faces, it has produced tangible results. A 1,600-foot trail north of Willow Meadow Drive and Silkwood Drive, the first trail that NTTSW advocated for, was completed last year with funding from County Commissioner Rodney Ellis and Council Member Edward Pollard. The project connects the residential neighborhood to the Keegans Bayou Trail and the rest of trail network that spans the city from west to east.

Looking to get involved? Membership in NTTSW is free, and the group meets every third Wednesday of the month from noon to 1:30 in person and via Zoom. NTTSW also has a regularly updated Facebook page and hosts walks and bike rides in the area.

Dorsey said another place to start is to go to your homeowner’s association meetings, since NTTSW has members across the various super neighborhoods who regularly attend.

“[NTTSW] welcomes [your] input and ideas,” Dorsey said. “More brains working together on these things… can make an impact on the community.”