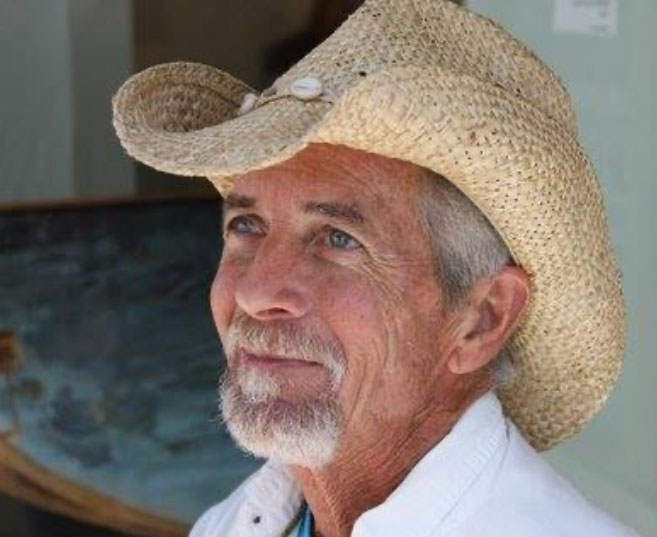 It takes an artist with incredible dexterity and vision to make art sculptures from a block of wood using a chainsaw as his main sculpting tool. Jimmy Phillips discovered that he had these talents later in life, and is now making a career out of it.

“The sculpting from trees was a skill that I did not know I had until 15 years ago when I was cutting down a tree in my own front yard,” Phillips explained. “My mother was an artist and she taught me how to draw, but I had never tried this type of sculpture before.”

The resulting first sculpture made out of a tree became a sensation, with a gallery in Galveston taking notice of it, and commissioning more works.  Phillips ended up doing numerous wood sculpture installations all over Galveston from trees lost in Hurricane Ike.

From there, the former industrial equipment salesman had his unique sculpture business grow to the point where this was not his sideline, but his main occupation. He now goes from place to place creating these art installations or in his home studio, which he calls Inshore Sculptures by James D. Phillips. 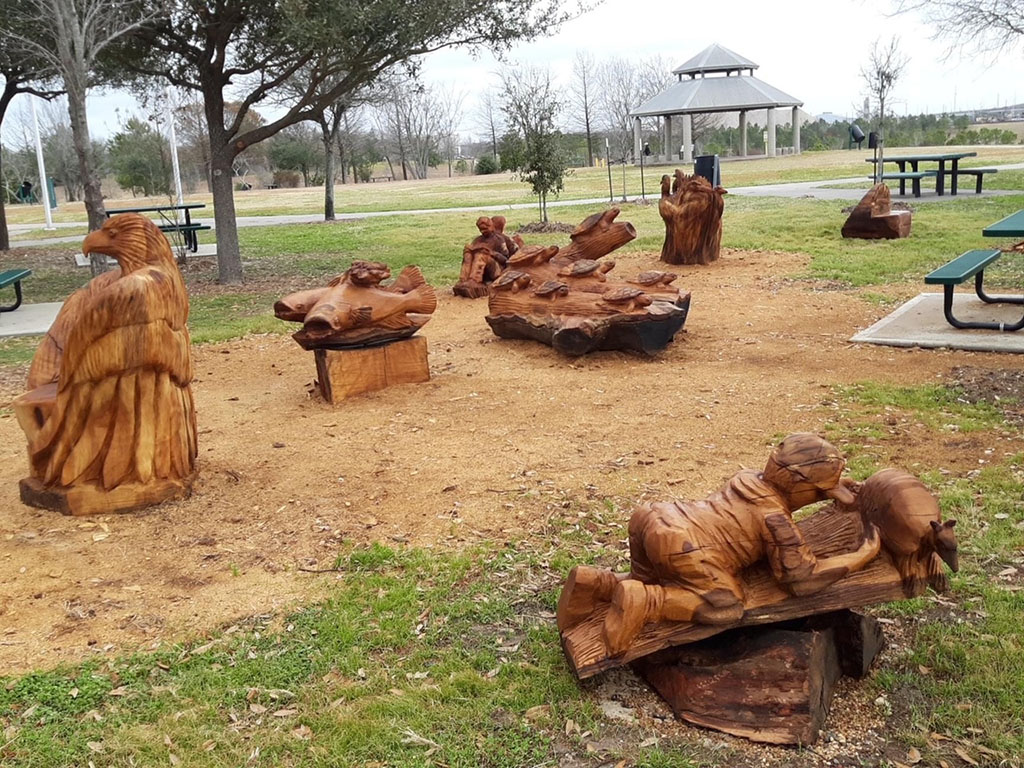 Phillips was first approached for the installation of seven sculptures at Willow Waterhole by Bill Burhans, vice president of the Willow Waterhole Greenscapes Conservancy organization, conservation committee chair and this project’s manager. Burhans had a vision of a “place of destination where private and public interests meet.”

“We are an all volunteer non-profit organization with a mission of partnering with the community, the Harris County Flood Control District, the Houston Parks and RecreationDepartment and environmental organizations to develop the property as a conservation reserve and a park,” Burhans said.

The sculptures were commissioned, designed, and funded by board members of the Conservancy.

“I had seen his work over the years in Galveston after Hurricane Ike, and I remembered him,” Burhans said. “When we were thinking about naturescapes for the park, he was the first guy I thought of for this project.”

Phillips was easy to find on his website. The two met and agreed to terms. Phillips spent five weeks sculpting at the park. Novus Wood Group donated the pieces of wood Phillips had hand-selected. The sculptures represent things seen at the park — birds, fish, turtles, wildflowers, and people.

“I sketched the (donors’) ideas out and they then picked the ones they liked best,” Phillips said. “We have a Tiki, an eagle in flight, a Boy Scout with an armadillo, two catfish with a baby catfish, two children reading, a bench with flowers, and egrets and herons.”

Each sculpture sits on a foundation made by the Conservancy along with Boy Scout Alex Schwarz, Troop 740, who donated his time for his Eagle Scout project.

A logical question is how one finds out that a chainsaw can be used as an artist’s tool and wielded in a way to provide so much detail. Phillips responded that he was surprised at how his first piece and subsequent pieces come together.

“It is magical in a way, Phillips said: “I look at a huge lump of wood, and sketch out what it could be and then use the chainsaw as my main sculpture tool. Making these is the most fun I have with art.”

Phillips fine tunes his sculptures with a sub-grinder, hammers, and chisels after figuring out what the chainsaw cuttings missed.

See the sculptures and wander the greenspace at 5201 S Willow Drive.