On Saturday June 8, 2013, members of the Houston Caribbean Small Business and Entrepreneur community gathered at Cool Runnings Jamaican Grill to be part of the Caribbean American Heritage Month Small Business Forum with the participation of the South Central Regional Office of the United States Small Business Administration and Houston SCORE.

The small business forum served as an educational forum to empower local Caribbean small business owners about the many incentives and available programs throughout the city.

Houston’s SCORE Beth Shapiro made an incredible and compelling presentation to the group whom were pleased with the information being provided. Houston City Council Member Larry Green was the meeting’s Special Guest. Council Member Green is also the area’s council representative in the City Council and encouraged the group to continue the advocacy and work with his office. 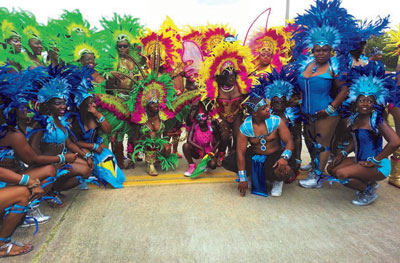 For more information about Houston Caribbean Festival log on to www.hcffestival.com.

The Family and Kids Day at the Mall, is a family event held in Houston in honor of Caribbean-American Heritage Month, the occasion commemorating the contributions and ingenuity of the Caribbean community to the development and advancement of society.