In addition to the cake and other party food, guests were treated to performances by the Wildcat band and cheerleaders, high school choir, selected theater students, and the high school ballet class. They also heard the heads of school discuss their past experiences and future vision for the school in a roundtable-style format. The school’s CATaclysm robotics team and middle school engineering class demonstrated their crafts as well. Attendees were also given the opportunity to board a bus for a tour of the WCS West Campus, the former Westland YMCA facility on Fondren being converted into the school’s Wildcat Athletic Complex.

Just prior to the cake cutting, John Greer, an elder of the Westbury Church of Christ, from which the school was spawned and with which it continues to share a physical campus and maintain a beneficial working relationship, presented White with a check for $25,000 to support the current and future work of the school and its dedication to Kingdom education. 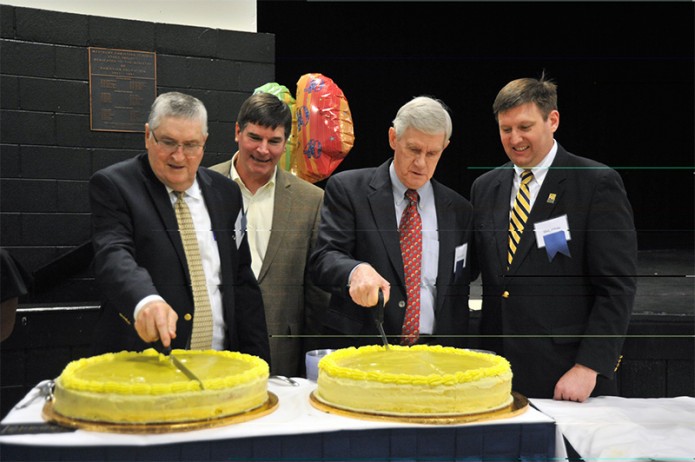 “I want to thank all who came out to help us celebrate the 40th anniversary of Westbury Christian School,” said White, current head of school, who has worked in various classroom and administrative roles at WCS since 1997. “We had a great afternoon connecting our history with our present and future. I am blessed to work with some amazing people.”