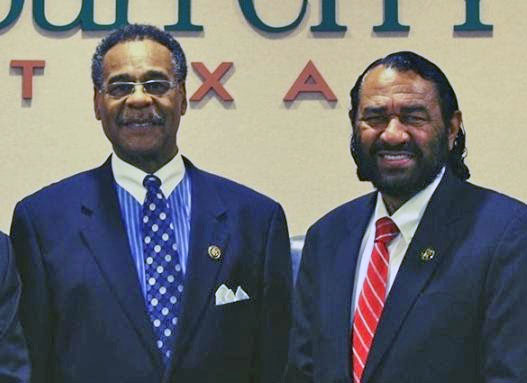 “Body cameras will benefit both the police and the public which is why Congressman Al Green and I have continued to fight for this funding,” Congressman Emanuel Cleaver, II said. “There is a need for greater transparency and accountability across the board. Providing police officers and deputies with the tools they need to do their jobs is a win-win for both the police and the public at-large.”

This request follows the House of Representatives approving H. Res 295, supporting local law enforcement agencies in their use of body-worn cameras to promote transparency to protect both citizens and officers alike, in a bipartisan vote of 421 to 6 in June 2015. Congressman Al Green sponsored and Congressman Cleaver was an original cosponsor of H.Res 295. Congressmen Green and Cleaver have made support for police body-worn cameras a key issue in the 114th Congress, and will continue to work with bipartisan leaders to keep our communities safe and promote accountability for law enforcement.

“I am proud that the numerous efforts Congressman Cleaver and I have undertaken on this issue, including filing legislation to fund police body-worn cameras, are having a positive impact. Additionally, I thank Congressman Cleaver for his leadership and dedication on the important issue of criminal justice reform,” Congressman Al Green said. “I support the efforts of the vast majority of peace officers who honorably serve and protect our community, as well as enforce the rule of law. However, recent events have demonstrated to us that there is more work to be done on the issue of transparency and accountability in law enforcement. I believe police body-worn cameras are a much-needed addition that assist many of our local law enforcement agencies and allow communities to better evaluate alleged police misconduct. I will continue to work with Congressman Cleaver as well as all my colleagues to ensure our peace officers have all the tools necessary to build police-community relations, improve transparency, and maintain legitimacy.”