Skip to content
Home/Community News/Open Hearts to All: Voices Against Extremism

Open Hearts to All: Voices Against Extremism

Raindrop Women Association in collaboration with the Dialogue Institute SW and American Turkish Business Council requests the pleasure of your company at Open Hearts to All: Voices Against Extremism Dinner. Please RSVP. 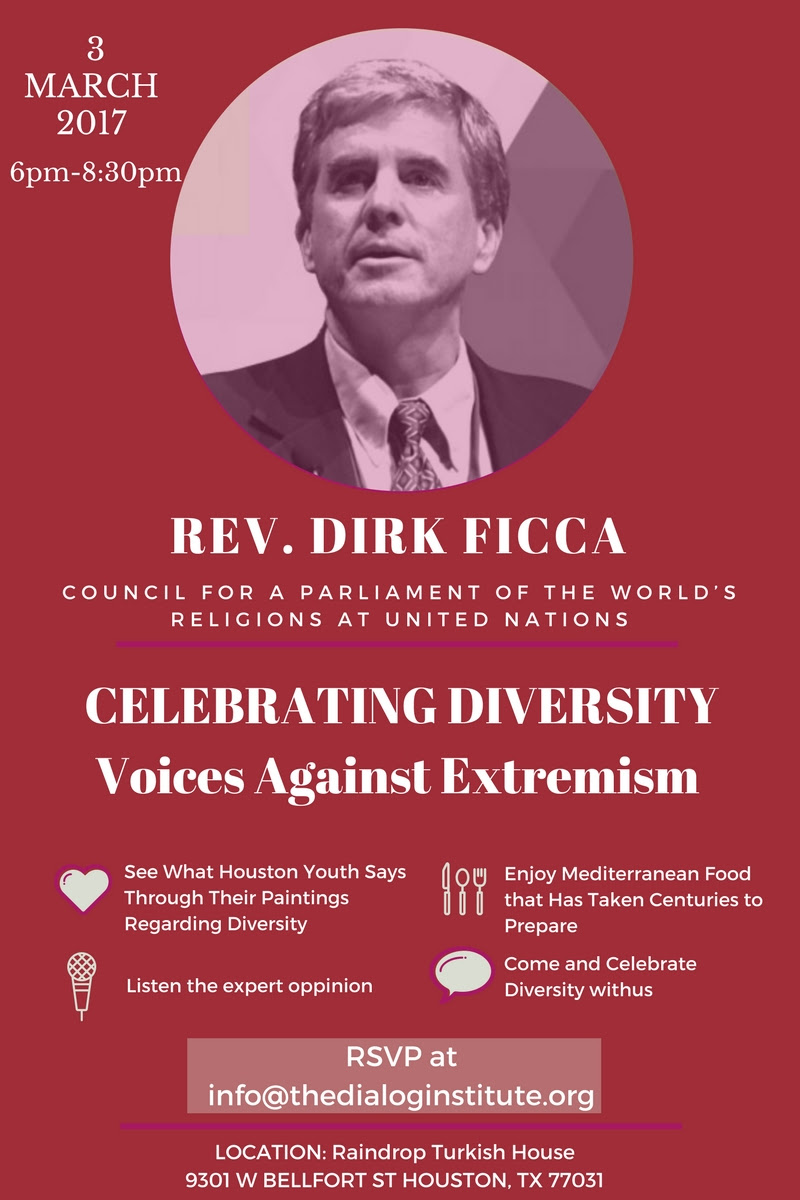 Rev. Dirk Ficca is currently Director of the Interreligious Initiative for Middle East Peace of the Presbytery of Chicago, and the International Director of ‘First Steps,’ a social cohesion initiative in Minneapolis – St. Paul.

From 1992 to 2012, Rev. Ficca worked in various capacities with the Council for a Parliament of the World’s Religions, serving as Executive Director for the last fifteen years. During his tenure the Council organized the world’s largest international interreligious gatherings, with major Parliament events in Chicago (1993), Cape Town (1999), Barcelona (2004) and Melbourne (2009). Under his leadership, the Council’s mission promoted interreligious dialogue, grassroots organizing, and global networking in cities around the world.

He has previously served as pastor of the First Presbyterian Church of Benton Harbor, Michigan (1981 – 1992), and helped to found Open Skåne, an interreligious initiative promoting social cohesion in Malmo, Sweden (formally established in 2014).

Rev. Ficca is writing a book on Hizmet, a progressive Islamic civil society movement out of Turkey. He also serves as a consultant to Church of Sweden on interreligious and refugee concerns.