Councilman Larry Green remembered as a friend to his district 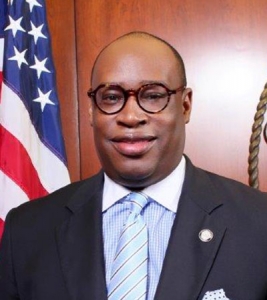 Houston City Councilman Larry Green was found dead at his home late Tuesday morning, prompting an outpouring of sadness from City Hall to the southwest Houston district he represented for more than six years.

The cause of death was not immediately known, though Houston police said foul play was not suspected.

Continued at the Houston Chronicle