Houston is a cornerstone of Veterans Day celebrations in the United States. As a city, Houston is proud to pay tribute to our men and women in the military by providing an annual “Houston Salutes American Heroes Veterans Day Celebration”. This civic celebration honors and celebrates the brave men, women, and families who fight for our liberty and freedom.

The celebration this year will begin at 10 a.m. on Sunday, November 11, 2018 with the US Family Health Plan Health Fair surrounding the reflection pool in Hermann Square at City Hall.

The traditional Veterans Day Ceremony will begin at 10:45 a.m. starting with a 21 Gun Salute followed by a Moment of Silence in memory of the 100th Anniversary of the signing of the WWI Armistice. We will also celebrate the 100th anniversary of Women in the Marines and as tradition, we will recognize our local heroes.

The American Heroes Parade sponsored by H-E-B, will begin at 12:30 p.m. at Dallas and Bagby, and proceed east on Dallas, north on Louisiana, west on Walker, south on Smith, west on Lamar, ending on Lamar at Bagby.

Parking is free in the Theater District Tranquillity Parking Garage. Please use entrances #2 and #5 in order to receive the complimentary parking. 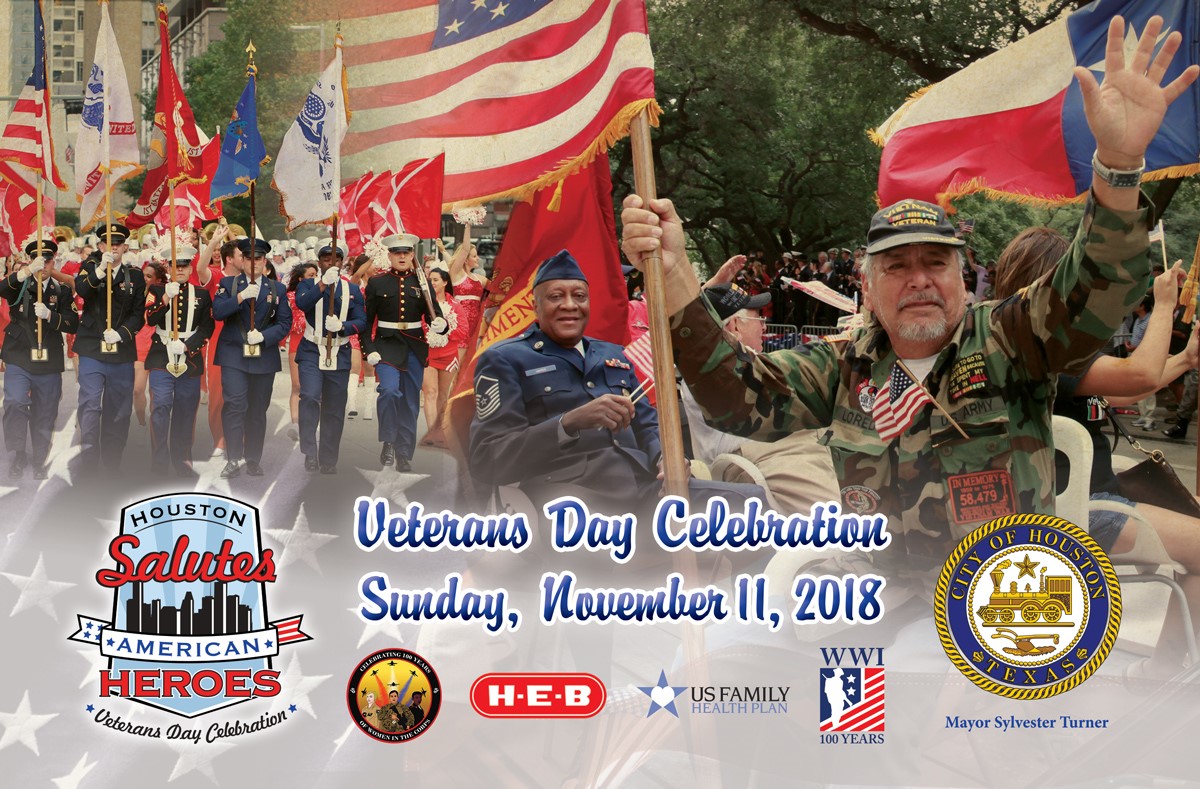 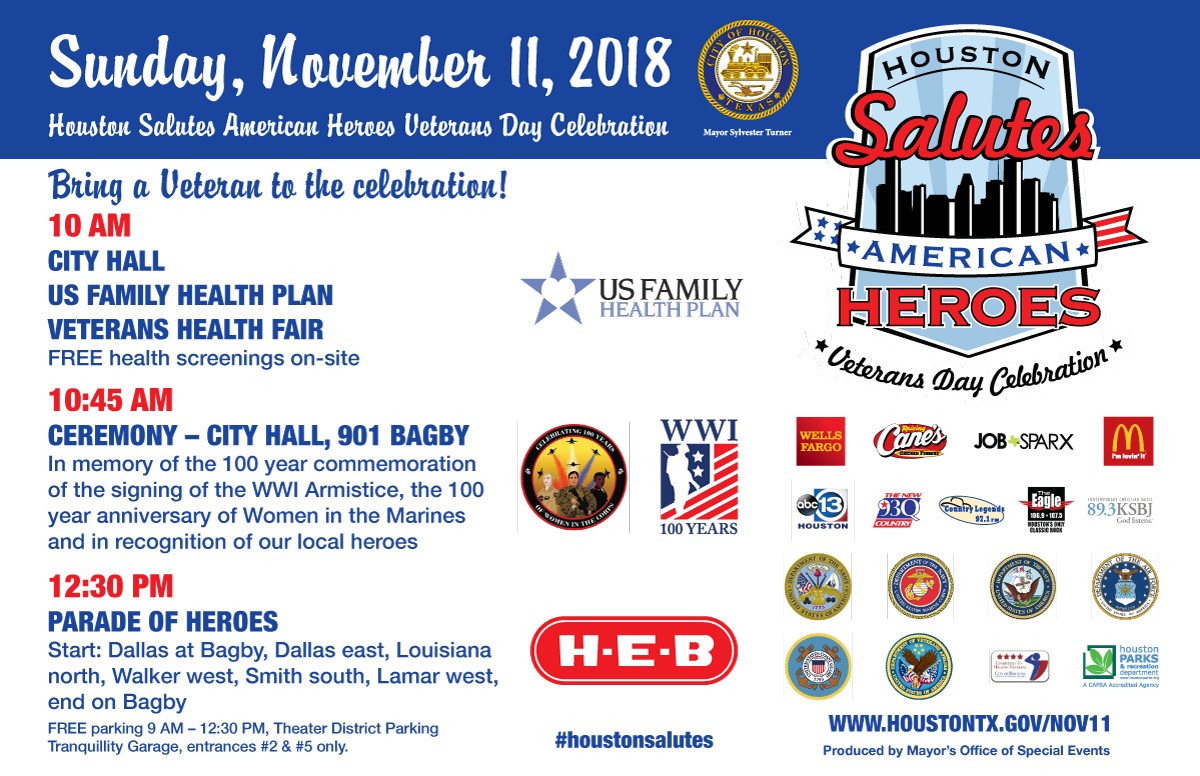