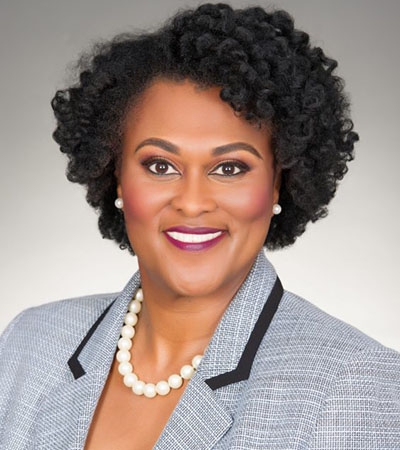 On May 11, 2021, the Texas Municipal League (TML) and its 1,164 member cities announced that City of Houston Vice Mayor Pro Tem Martha Castex-Tatum is the new TML president.

Castex-Tatum has served on the TML Board of Directors since winning the special election for City of Houston District K councilmember in May of 2018. She is the first TML president who has served on the city council of two Texas cities. Castex-Tatum served on the San Marcos City Council in 2000-2003, where she also served as the deputy mayor pro-tem. “I wholeheartedly believe in serving where I live, and I’m honored to join the leadership team of TML. I look forward to using my experience in a small city and large city this next legislative session as we work alongside state lawmakers to ensure the best public policy for all Texans,” said Castex- Tatum.

Castex-Tatum was elected the League’s president-elect on October 15, 2020, and began her term as president early by filling a vacancy left by Karen Hunt, who decided not to run for re-election as Coppell mayor this month. Castex-Tatum will serve an extended term as president and hold the position through the 2022 TML Annual Conference in San Antonio on October 5-7.
Castex-Tatum is the eighth official from the City of Houston to be elected TML president. Most recently, Senator Carol Alvarado led the organization when she was on the Houston City Council in 2006-2007.

TML is a voluntary association established in 1913. Today, more than 16,000 mayors, council members, city managers, city attorneys, and department heads are member officials of TML through their cities’ participation. Guided by its purpose statement—Empowering Texas cities to serve their citizens—the League provides legislative, legal, and training services to city governments.