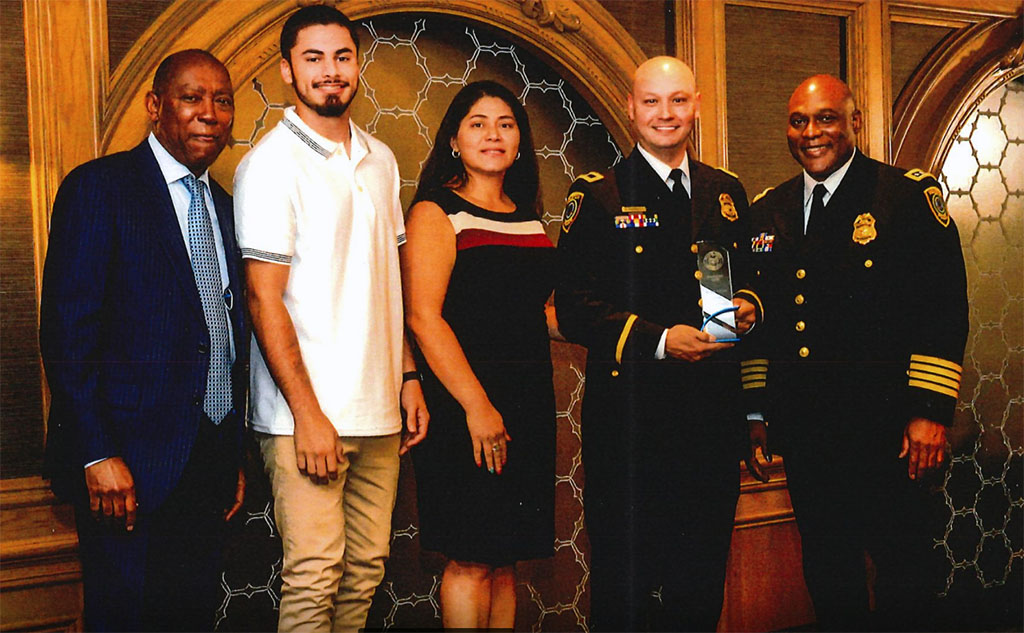 With his wife Reina and son Favien, Rodriguez officially received the honor this month from Police Chief Troy Finner and Mayor Sylvester Turner.

The honor recognizes, in part, Rodriguez’s emphasis on pro-active communications between his patrol office of about 140 officers and the community — meaning that officers should interact with residents and businesses, before they are needed in an emergency, to build trust and share information.

“The officers have a huge responsibility in that they represent our division and I want us to be the best division in the whole city, so I need their help,” he said late last year, a few months after taking over the position. Read our interview with Rodriguez here.

The commander meets frequently with the Brays Oaks Management District board and staff in person or through video conferencing.

Rodriguez is among more than 30 HPD commanders. Some oversee patrol squads, others oversee detectives, special squads or operations.

Policing in Houston is his “family business.” His parents, Rogelio Rodriguez and Gloria Rodriguez, retired from the HPD force. His brother, Rogelio Jr., is an HPD sergeant. And his son Favian is scheduled to enter the HPD academy as a cadet.