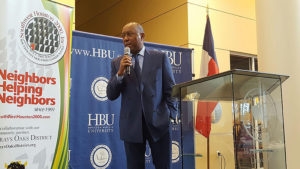 Houston Mayor Sylvester Turner fought rush hour traffic to address a joint breakfast meeting of the Brays Oaks Management District and Southwest Houston 2000 Tuesday, Jan. 10 at Houston Baptist University.
The mayor spoke about the city’s growth and diversity and talked about issues that concern all Houstonians––not just those affecting residents in the southwest sector of the city. He reiterated his commitment to repairing an estimated 40,000 potholes and said that 97 percent of those problems were fixed within one business day in 2016.

“We’re getting it done,” he said, then moved on to the concern of infrastructure repairs and better drainage to reduce flooding problems. The city has identified 22 drainage projects––two in each district––and is focusing on those first. He also talked about the city’s involvement in finding funding for Project Brays, a $480 million project to reduce flooding in the Brays Bayou watershed. While waiting for $311 million in federal funding, a loan of $130 was requested from the state, the mayor said.

In addressing public safety, Turner said that the city is currently 600 officers short and has reassigned 175 desk officers back to the street to assist in filling the gaps. He also talked about controversial changes to the city’s pension plan, which he called “a runaway finance system” that can’t be fixed overnight.

“I don’t have the power to turn water in to wine,” the mayor said, “But, we are not balancing our books on the backs of working men and women.”

The problem of Houston’s homeless population is a much more difficult one to address, he said.

“It’s easy to fill a pothole; it’s much harder to fill a hole in someone’s life,” Turner said. Simply providing housing is not the complete answer, he added, because many of these people will elect to go back to the streets. The problem is partly a financial one and partly a mental health issue. He pointed to a program that the city of San Antonio is currently using to provide shelter and services for up to 1,700 homeless people, but added that the Haven for Hope program is costing $23 million a year. 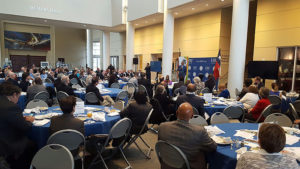 Turner stressed that the emphasis on the homeless population is not motivated by Super Bowl 51 coming to the city’s NRG Stadium in February because it can’t be fixed by then. It is an ongoing problem that requires the involvement of not only the city government, but also faith-based and charitable organizations. The mayor said that, having lived with hunger and poverty himself, he was personally not opposed to feeding the homeless, but that providing food does not address the complexities of their needs.

“We cannot be comfortable with people living on the streets and under underpasses,” Turner said.

In addition to the mayor’s address, attendees at the breakfast meeting also heard from students of Westbury High School who are working on a project to build a pier at Willow Waterhole near their campus. They have already collected two-thirds of the $30,000 needed to build the pier, but are seeking donations of time, money, labor, and materials from the community.

Dr. Michelle Garza of Sharpstown High School also spoke about a program to register students for discount fare Metro bus passes, since transportation is an important part of school attendance, early arrival for tutoring, and the ability to stay after school for extra-curricular programs. 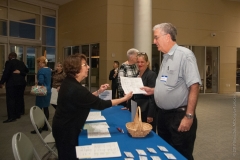 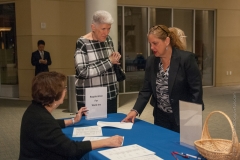 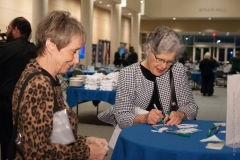 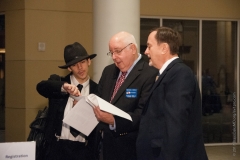 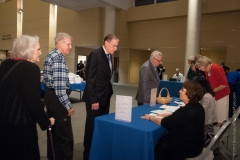 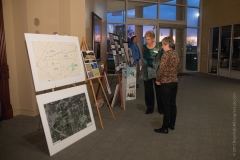 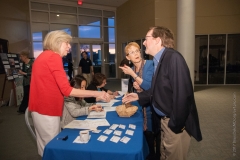 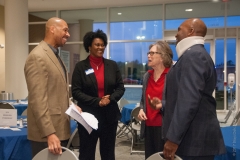 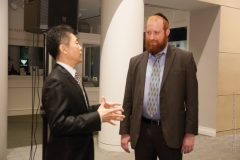 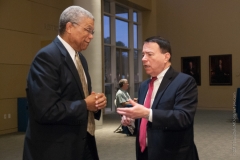 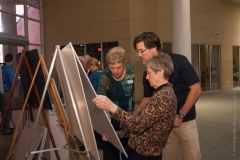 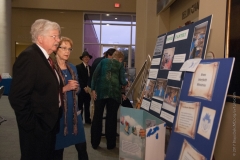 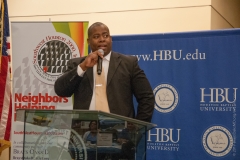 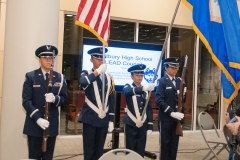 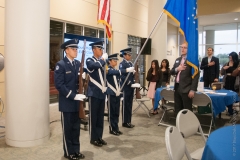 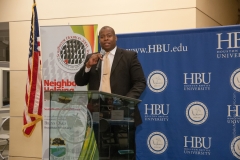 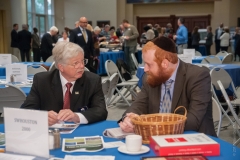 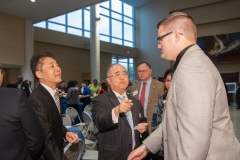 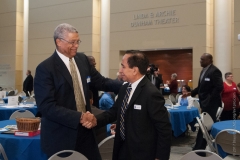