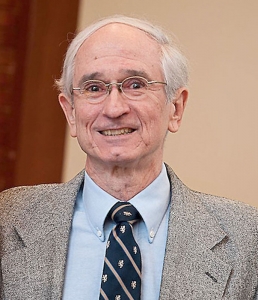 Community activist Bruce Krewinghaus credits his father for instilling the importance of giving back. Growing up his father, Arthur W. Krewinghaus, a postal clerk and police chief in St. Louis, would buy property along creek beds in their neighborhood–where homes were not permitted to be built. Eventually cobbling together enough land to establish a community park, one that today bears his name, Arthur created a space for his community to thrive and find sanctuary. This act of kindness also taught his son Bruce to think bigger, beyond “my house, my family, and my street.”

Upon retiring, Bruce committed to carrying on his father’s tradition and took Marian Park under his wing. Bruce understood that the park, with its water splash pad, playground, lighted sports field, indoor gym, dance studio, fitness center, meeting room, 0.25-mile hike and bike trail, and an outdoor basketball pavilion was a hidden jewel in this part of town. His faith in the park, one of the largest in the district, emboldened him to take $3,000 of his own money and work with Brays Oaks Management District to match it, jumpstarting a movement which ultimately became the Friends of Marian Park.

Meanwhile, Angelee Rhyne was busy working her own magic for Marian Park. She and her husband, George Rhyne, had taken note of the neglect the park had suffered over the years and made it their mission to turn things around. They quickly took action improving visibility by offering free weekly commercial mowing service. Residents took notice. This small step helped improve community usage but also made people feel safer. Angelee, in her role as Tempo III HOA Board President, suggested hosting the annual meeting at Marian Park’s Community Center to help lift the profile of the park. Her plan worked. “That was an important moment,” she says. “100% of the homeowners didn’t even know the park existed.” Building on this momentum, The Rhyne’s began donating funds to the park’s “wish list,” helping subsidize needs that the City of Houston was unable to support, in addition to encouraging and paying for Little League Football practices.

Two kindred and driven spirits, it didn’t take long for Angelee and Bruce to cross paths. “We live here and we are going to try to make things better,” says Angelee. Realizing their shared goals for Marian Park, they quickly got together a plan of action to beautify, improve safety, and update and repair the facilities. In 2019, thanks to their efforts, the weight room was transformed. Freshly painted, the room now has updated machine benches (no more taped cushions) and inclusive motivational quotes that are welcoming to both men and women. They also worked with the City of Houston Parks Department to plant 18 shade trees around the soccer field and running track.

Bruce and Angelee agree partnerships from the community, both from businesses and local residents, are important for continued success. “Events really help people know this resource exists,” notes Bruce. “Especially the back to school event hosted by Karen Johnson (as in former Houston Texans wide receiver, Andre’s mother).” The annual event brings over 1,500 people to the park and focuses on sending kids to school with all the necessary supplies (including athletic shoes and socks) and immunizations, while helping families learn more about health and government programs. 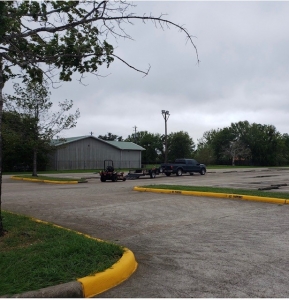 Brays Oaks Management District is proud to offer matching grants that help realize Bruce and Angelee’s vision for Marian Park–funding the wildflower plantings along the park’s entrance in the summer and fall, updating the weight room, and helping promote events at the community center. In 2020, the goals are to lay a rubber flooring in the weight room and explore the possibilities for a permanent shade structure over the stands overlooking the sports field. Brays Oaks Management District is also working to provide wayfinding signage and street lighting to help promote visibility and safety in Marian Park.

All of this sounds like a lot of hard work, and it is, but the reward is immeasurable. “Thinking beyond my subdivision and beyond my own personal space…” Bruce contemplates. “When I did that, I realized it was great fun. So I kept going.”

Need a spot for your next celebration or community event? Consider renting the Community Center at Marian Park. Perfect for birthdays, anniversaries, Little League events, HOA meetings, and more! 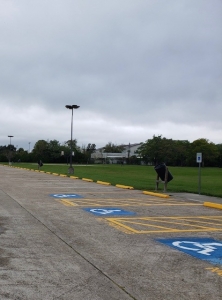