For those of you still wary of sit-down meals inside restaurants, Houston’s wildly diverse fleet of food trucks offers up pretty much every cuisine on the planet. Nowhere is that fact more apparent than at Sazón Garifuna in Brays Oaks.

Those of you with a good Spanish vocabulary will know that “sazón” means “seasoning,” but who, what, or where is a Garifuna?

I put the question to my old friend and Strake Jesuit classmate Charles Arzu as we sit at a picnic table in a nearby park. It was there we took our Sazón Garifuna lunch: pastelitos de pescado (fish empanadas); baleadas especiales (big Honduran-style quesadillas smeared with mashed beans and sprinkled with queso blanco, avocado, scrambled egg, and carne asada, all inside a large hand-made flour tortilla); and camarones al ajillo (fish, shrimp and conch in a garlic sauce, served with beans and rice and a cabbage/cucumber salad.)

“The Garifuna originated on St. Vincent,” says Arzu. A native of Belize, Arzu is Garifuna himself. “They were exiled by the British because they did not want to succumb to slavery. The British put them on a boat and said ‘See you later.’” 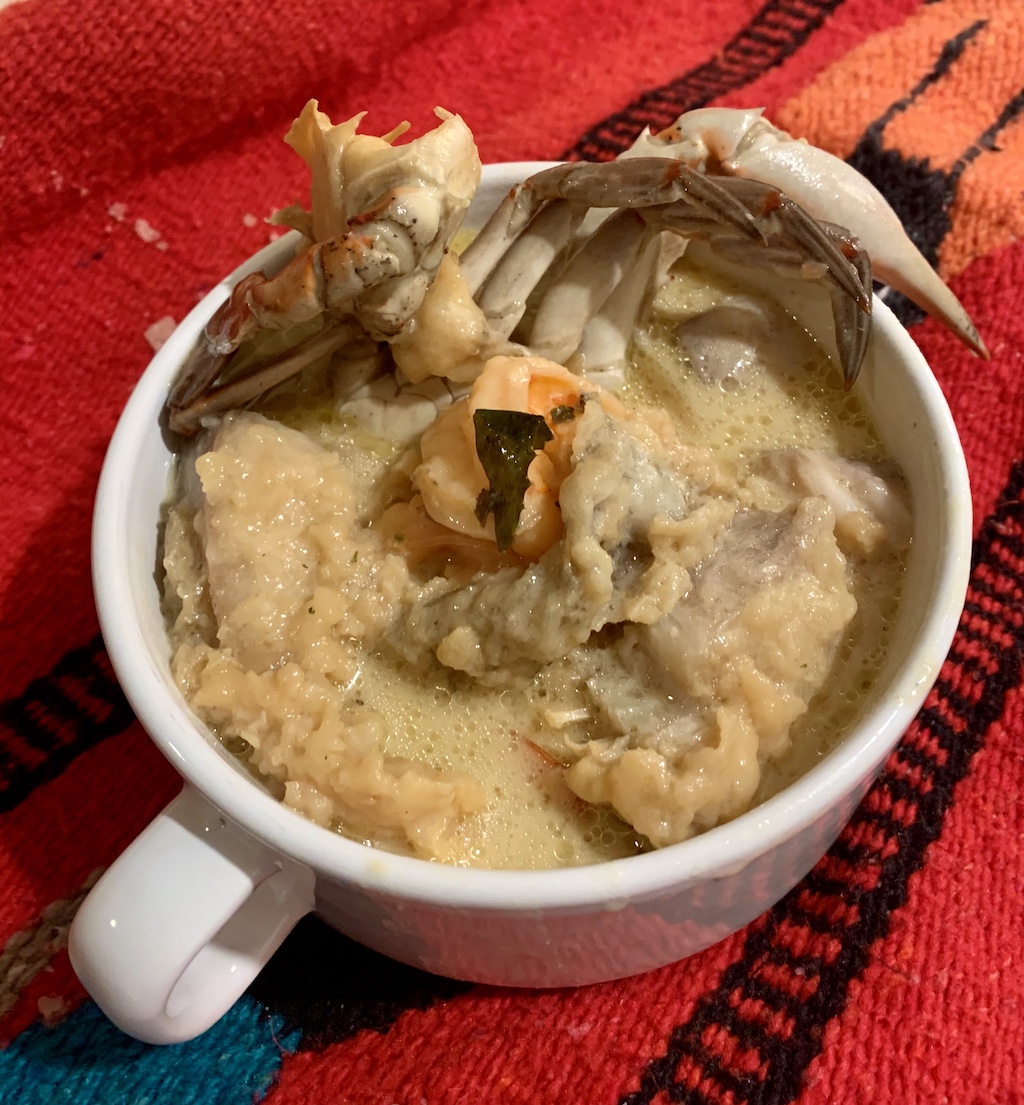 To back up a bit, the African ancestors of today’s Garifuna arrived on St. Vincent in 1635, after a Spanish slave ship wrecked off its shores. For the next hundred years, the Africans intermarried with St. Vincent’s Carib and Arawak Indians and adopting much of their language, as these functioned to unite the Africans of various backgrounds who’d survived the middle passage and the shipwreck.

This came after a complex series of slave uprisings and wars for control over St. Vincent between the British and the French, who sided with the “Black Caribs,” as the Garifuna were also known. That name arose because by the late 1700s, many former slaves had intermarried with the pre-Colombian natives of St. Vincent. Proud and warlike, in 1773, the Black Caribs became the first non-white Caribbeans to force the British into signing a treaty. By 1796, British failure to adhere to the treaty sparked a rebellion led by Black Carib Joseph Chatoyer, a.k.a. Satuye. The defeat and death in battle of Chatoyer — today St. Vincent’s national hero — led to the exile of the Garifuna, some 5000 Garifuna of whom were exiled to Central America, principally Roatan (today, a popular tourist resort off Honduras), Belize, and Baliceaux, a small island in the Grenadines.

“From there they went into Honduras, Belize, Nicaragua, and Guatemala,” says Arzu. “Most Garifuna villages are on the sea, and in Honduras you are having a big issue because the Garifuna land is very valuable.” 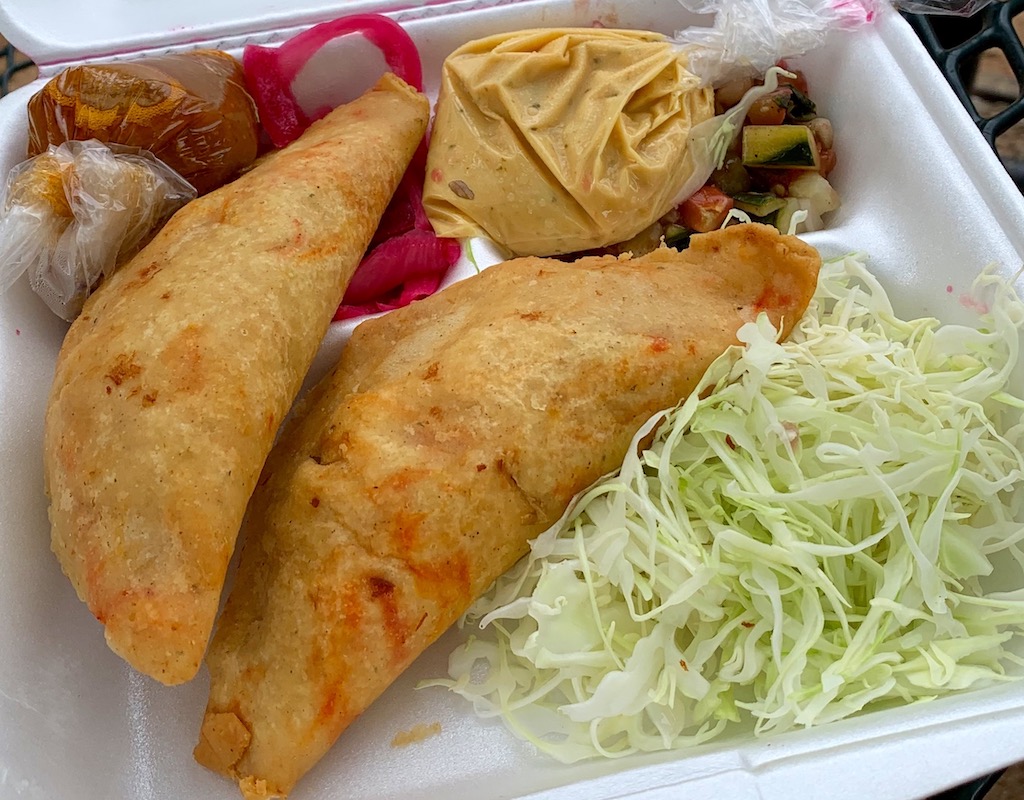 Powerful interests would love nothing more than to bulldoze those villages in favor of high-end luxury resorts, Arzu says. “So now you have the Honduran government coming into these villages and basically kidnapping people,” he says.

Worldwide, the population of Garifuna people is estimated at about 600,000-800,000 and Houston is no exception among America’s largest cities in serving as home to thousands of Garifuna. Arzu says that most locally hail from Honduras. In addition to southwest Houston, a number live in Fifth Ward, where some settled after arriving as stowaways at the nearby Ship Channel.

“A lot of them work on boats,” Arzu says. “Because that’s what they did back home. Most of them are fishermen. In Belize we have a joke — if you have one person, you have one horsepower. One person paddling.”

In Belize, Arzu says, all but one of the Garifuna villages are on the sea. (The exception, Georgetown, was founded by hurricane exiles who decided to stay put about ten miles inland.)  Because of their coastal orientation, seafood plays a heavy role in Garifuna cuisine. 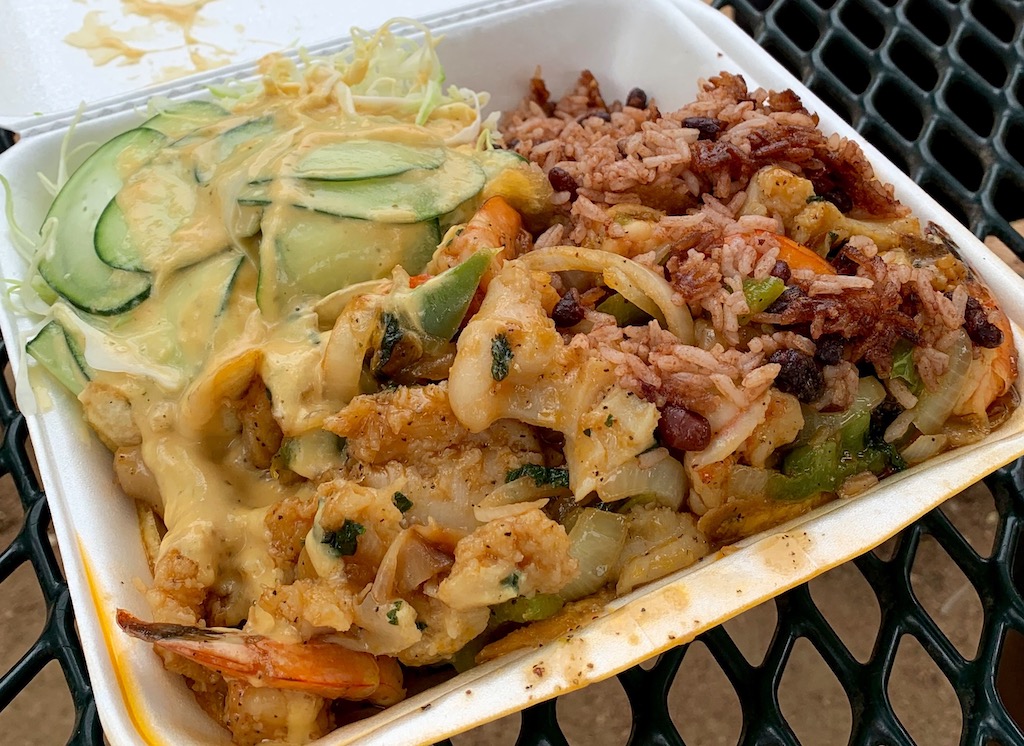 Which was not, Arzu confided, what we are eating at the park. That was more standard Honduran fare, and indeed, Sazon Garifuna’s motto is “Honduran Food with Garifuna Seasoning.” That script flips on Sundays when they offer machuca, a traditional seafood stew also known as hudutu, and so I returned alone on Sunday to sample a bowl. It was well worth the trip — in a buttery coconut broth, I was served shrimp, fresh-caught bone-in fish chunks, conch and fresh crab over mashed plantains. Filling and delightful, it was well worth the trip, and the two baleadas I also picked up kept me fed for the rest of the day, all for under $25.