Skip to content
Home/Community News, My Brays Oaks/Founded in the 1850s, the Freedom Colony of Riceville lives on

Founded in the 1850s, the Freedom Colony of Riceville lives on 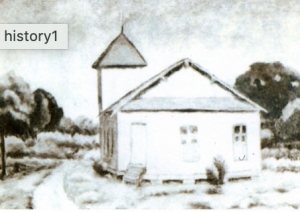 It happens fairly often as you wander the backroads of Houston — you’ll be driving along through more or less typical 1970s-style suburban development when all of a sudden you’ll find yourself in a cluster of much older housing, from the 1940s, say, or even older. Then you might see an older church, and if you get out and read the carvings on that church’s cornerstone, you might find that the church, as a congregation, has been gathering there for a century or more, usually not in that building, but in older structures that once occupied the site. And you might also find a nearby cemetery with graves as old or even older than the congregation. And if you’re really lucky, the state will have put up a historical marker telling you about some of what you see.

You’ve just found one of the scores of old towns and villages Houston has swallowed up entirely. Some of these, like Alief and Aldine, are well known, if only by name, and others are almost forgotten and erased from maps. Most, like Riceville,  are somewhere in between, living on through churches, street signs, cemeteries and the memories of elders.

The village of Riceville was situated near the corner of South Gessner and West Bellfort, where today the Riceville Mt. Olive Baptist Church still stands as a reminder of the town’s existence. Like a handful of other Houston-swallowed hamlets, such as Sunnyside and Piney Point, Riceville was a Freedom Colony, a community founded by Black Texans in the 19th Century. Unlike most Freedom colonies, Riceville’s founding pre-dates Emancipation and even the Civil War itself; per the Texas State Historical Association, it was founded as a farming community by Leonard Rice in the 1850s.

By the 1880s, outdoor “brush arbor” camp meetings had grown large enough there for attendees to pool their resources and build a church, and so Mt. Olive was born on March 11, 1889, with a membership of eight — Isiach Jackson, Sophia Edwards, Mary Rice, Simmom McCode, Susie Marshall, Vinia Marshall, Rocksanna Rice and Diana Jackson, with the Rev. John Lilly serving as first pastor. Later that year, a land donation made by a John Ruby expanded the church grounds and enabled the foundation of Riceville Cemetery on the banks of Keegans Bayou, where modern Honeywell Drive dead-ends.  That’s at some distance and across a bayou from the church today. 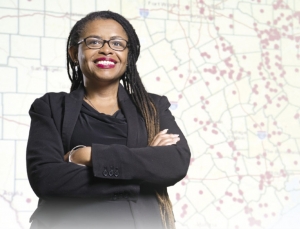 Riceville was something of a sprawling community, as Dr. Andrea Roberts pointed out in an interview conducted by Vassar College, her alma mater. Roberts, the daughter of a Ricevillian, is today the foremost expert on Texas Freedom Colonies.

“It was where my parents were married and my father’s side of the family is. It was an early freedom colony that was anchored by a church and a number of African-American landowners. It had a rather large footprint and its own school. It’s an area that I remember visiting — staying in the summers with my great-grandmother at her chicken farm, going to church, and not thinking anything significant about it, except that it was really interesting how these clusters of Black people had this kind of rural, independent living. My great-grandmother grew everything. We went to the grocery store just to pick up sugar and salt, but they hardly needed anything else. She was totally independent into her 80s.”

In a telephone interview, Charlotte Foote, a native of Riceville and a member of Mount Olive church, specified the size of old town.

“From what I was told, the boundaries of Riceville extended from 610, to Highway 90, to Westpark, to Highway 6.  Bissonnet” – Foote gives it the old school Houston pronunciation, where the esses become zees – “used to be called Old Richmond Road. Today, Riceville is very, very small, and really only known by the Black people in the area. It’s Brays Oaks to the people who have moved in. And now what I feel is still Riceville is only about four streets.”

There was also a school, Foote adds, comprising grades one through six in days before kindergarten. It stood roughly where the Houston Independent School District’s Valley West Elementary is today.

Roberts explained how Freedom Colonies came to be: 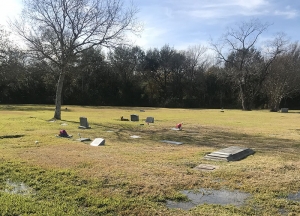 “[After Emancipation], there were a number of options: go to the cities immediately, stay and become a sharecropper, or steal away to the woods or remote areas of land that no one wanted and build communities out of nothing. A lot more people opted for the third option than we previously thought.”

In 1870, the first Census post-Emancipation, Blacks owned only two percent of the land in Texas. Roberts points out that by 1910, that number had increased 15-fold to 31 percent.

“And there was also an explosion of African-American elected officials,” she said. “But there was also an explosion of reactionary, violent aggression toward African-Americans for all their gains. African-Americans clustered together to build communities from scratch, to take care of themselves — to build anchor institutions, and pool their resources, but also to protect themselves by living in these somewhat remote areas on the edge of cities.” (You can monitor and/or possibly contribute to the progress of her Texas Freedom Colonies Project here.)

Riceville is no longer remote nor on the edge of anything save for the borders between the cities of Houston, Meadows Place and Missouri City. But the church is still thriving today, and in lieu of a historical marker from the state of Texas, its cornerstone, and the names and dedications of those interred in the cemetery, tell the community’s history in engraved stone for eternity, or near enough.

“We are looking to expand,” says Jerry Gardner, business manager at Mount Olive. “We have a new pastor” – the Reverend Calvin M. McFadden Sr. – “and we are looking to build a possible Riceville school and senior citizens’ home.”

Riceville’s history may be hidden to most Houstonians, but it is still being written.