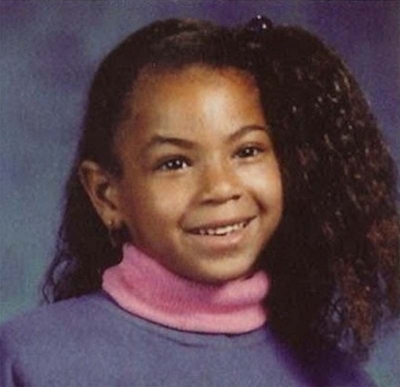 Way back in the school year of 1990-91, a shy 4th grade student was enjoying all of the special musical programs as a Parker student. Beyoncé Knowles, now known as the one and only Beyonce, attended Parker for only one year. But Parker’s retired former magnet coordinator, Cindy Pack, remembers the student well.

“She was a bit shy but she was a very happy child who loved to perform,” Pack remembered. “She performed in our Christmas program and our spring musical in the (4th and 5th grade) chorus. She also sang and danced by herself in the school talent show. She was as cute as she could be.”

“She loved to sing and dance,” Pack added. “She was already performing quite a bit professionally at that point, and she missed a bit of school, but she had sweet parents and she was well adjusted and a good student.”

The school kept some memorabilia from the time their most famous student attended.

Pack worked there from 1973 to 1979 and as  magnet coordinator from 1987 to 2007. She was approached by MTV during that time to share a video of Beyoncé performing in the school’s talent show. It brought another layer of excitement — and funding — to the school.

“MTV made a generous donation to the school for that,” Pack added.

Some Beyoncé memorabilia lingers at the school, though it’s not on display.

“We probably still have the scrapbooks of our performances from the year she attended, but I would have to search for them,” said Carol Kehlenbrink, the current magnet school coordinator. “It was all put away during construction.”

If Beyoncé would care to travel back to the place that tenderly nurtured her budding talent, she would not recognize the school of late. After a complete remodel, the school building is brand new. There are specially designed music rooms with improved acoustics available for the choral and instrument-playing students to perfect their sound in. And students sometimes perform a Beyoncé song in the school’s talent shows. 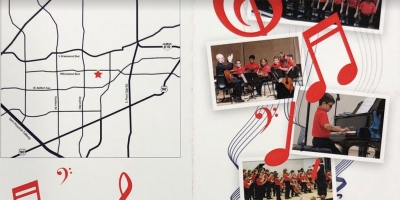 Kehlenbrink understands the school’s pride of having an international celebrity as a former student, but more than that she is proud of everything the school offers students interested in music.

Singing is taught starting in 1st grade, then students can advance to the school’s beginning chorus in 3rd grade and the advanced chorus in 4th and 5th grades.

Other instructional programs include piano, guitar, strings, music enrichment and elements of music.

In 2019, the school’s chorus, under the direction of Marianna Parnas-Simpson, was a finalist for the American Prize in a national student choral competition.

In fact, Parker performance groups have won more awards and trophies than can be displayed.

Kehlenbrink points out that many former students have gone on to successful music careers — even if not as high profile as Beyoncé’s — as the school nurtures young talent year after year.

The school offers online and in-person tours of the magnet program. Contact Carol Kehlenbrink at 713-726-2122 for more information.